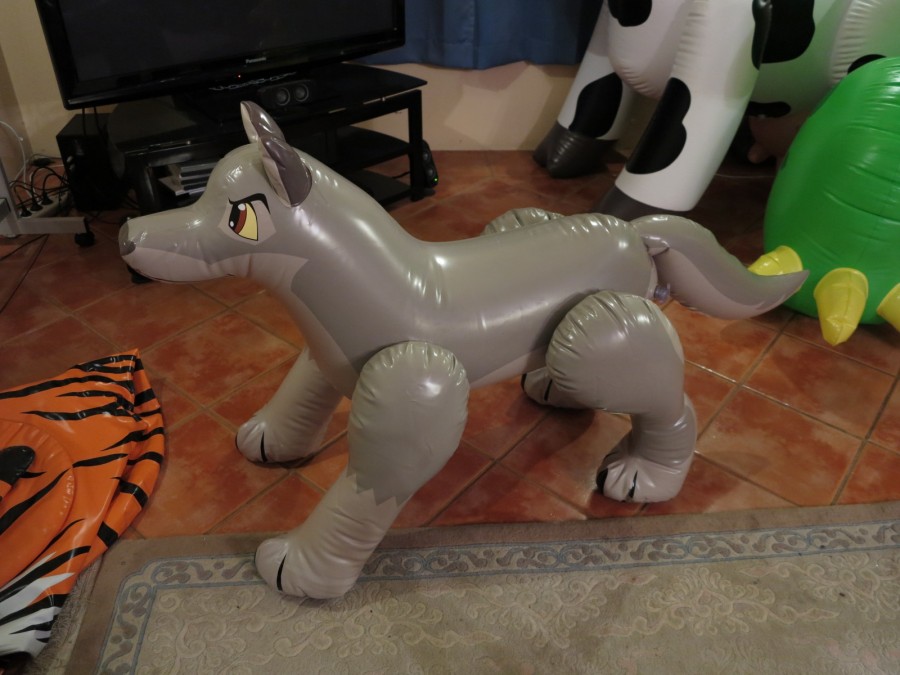 This is the first toy from Hiro Inflates, a joint venture between Hiro Husky and Trainman, with some manufacturing assistance from G&G. Originally available for pre-order in August 2011, the project went through many delays and iterations of the design before the final toys were shipped in June 2013.

My favourite feature of this toy has to be the vinyl it's made from. It's quite unlike any other material i've encountered before; despite being thick, strong and robust, it's extremely soft and flexible, almost impossibly so. The size is another point of attraction too; finally, a custom toy that doesn't take up an entire room!

There are 2 main drawbacks to this toy, however; firstly, the valve is very tight. I often worry about damaging the toy whenever I open and close it. Secondly, when you look at his face from front-on, on just the right inclination, he bears a striking resemblance to Grumpy Cat.

All in all, though, it's a great toy and one i'm very happy to have in my collection :)