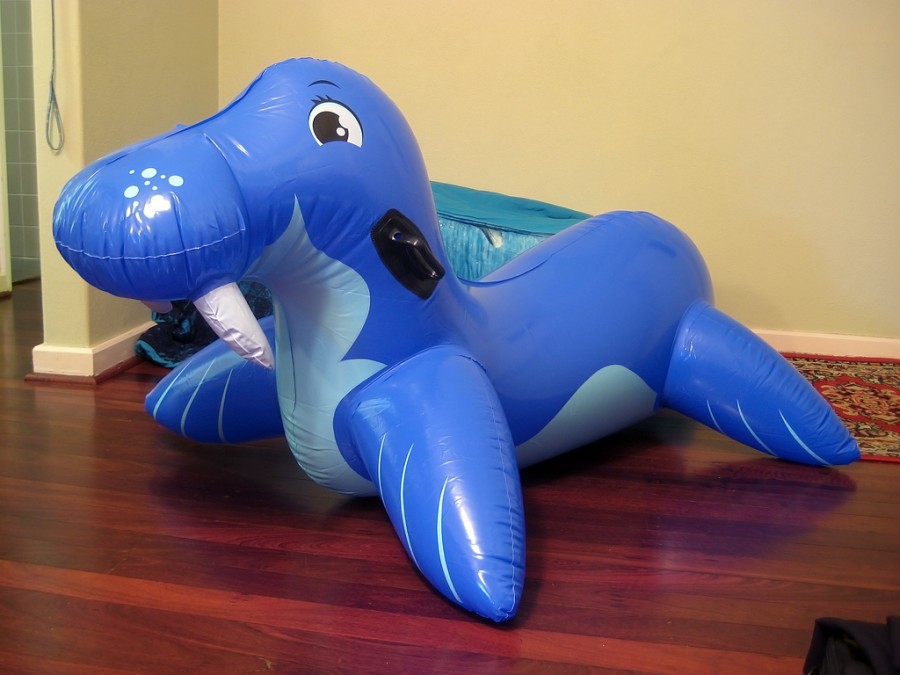 The walrus design was first drawn to my attention when the Intex 2009 catalogue was posted on a popular inflatables website. I immediately knew that I would have to acquire one. I later learned that the walrus was, in fact, available in three different sizes; a small version for general sale, an intermediate size available in certain places and a large version to be sold exclusively by Walmart in the USA. This is the version I ultimately obtained.

All versions of the walrus come with extremely favourable recommendations from other owners, and based on my own observations, I can only reiterate them.

Highlighting some of the toy's notable features; the combination of glossy blue vinyl, well-reinforced negative curves and an extremely accommodating 'saddle', this toy is a definite success in terms of design and implementation. It also has great appeal to inflatable toy enthusiasts for the same reasons.