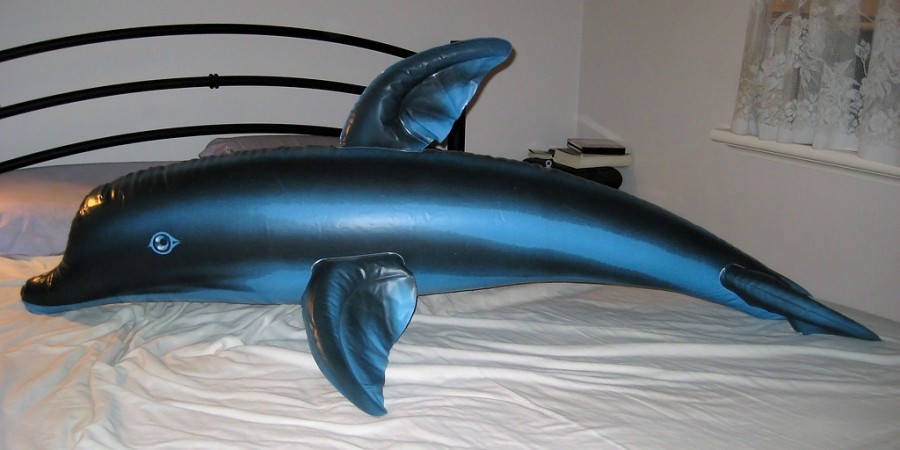 This toy, I know for a fact, is one of several that get re-badged by the retailers that sell them, usually souvenir or party shops. In this particular case, the dolphin is sold by The Australian Geographic Shop.

It's not a particularly well-made toy, but it is somewhat unique and at least makes an attempt to go for realism, something that dolphins don't get much of when modelled as inflatables.

It's worthwhile to note that I have two of these now, the second was donated by a friend.