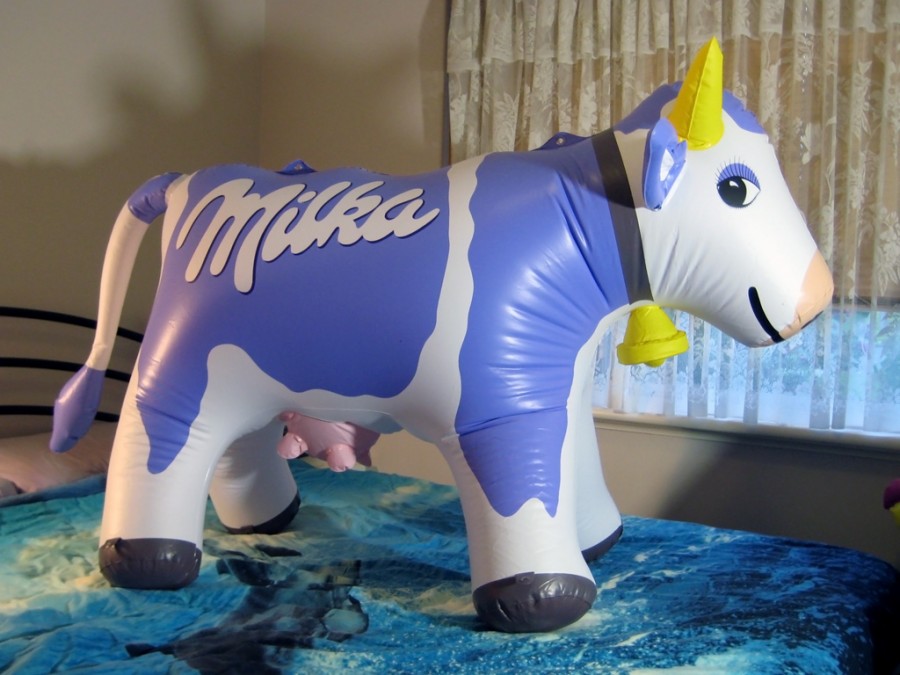 Cows are so hard to find, and aside from cheap novelties, this is the best-known example out there. Someone managed to get ahold of a large number of these limited-production promotional inflatables and now they're spread amongst collectors.

The quality is not great, but they're big and obviously built for longevity. As a hanging inflatable, they don't need to look good up close. The main let-downs from a collector's point of view are the stiff vinyl, weak tail-seam, pointy teats and the bell, which destroys some of its cuteness. Air retention is quite poor on my cow, but I suspect it's been on display during its lifetime.

Interestingly, each pair of legs meets at the middle in a V-shaped join which is structurally solid, but makes the legs difficult to separate or fold down.